Finding the Truth Behind Montessori Myths 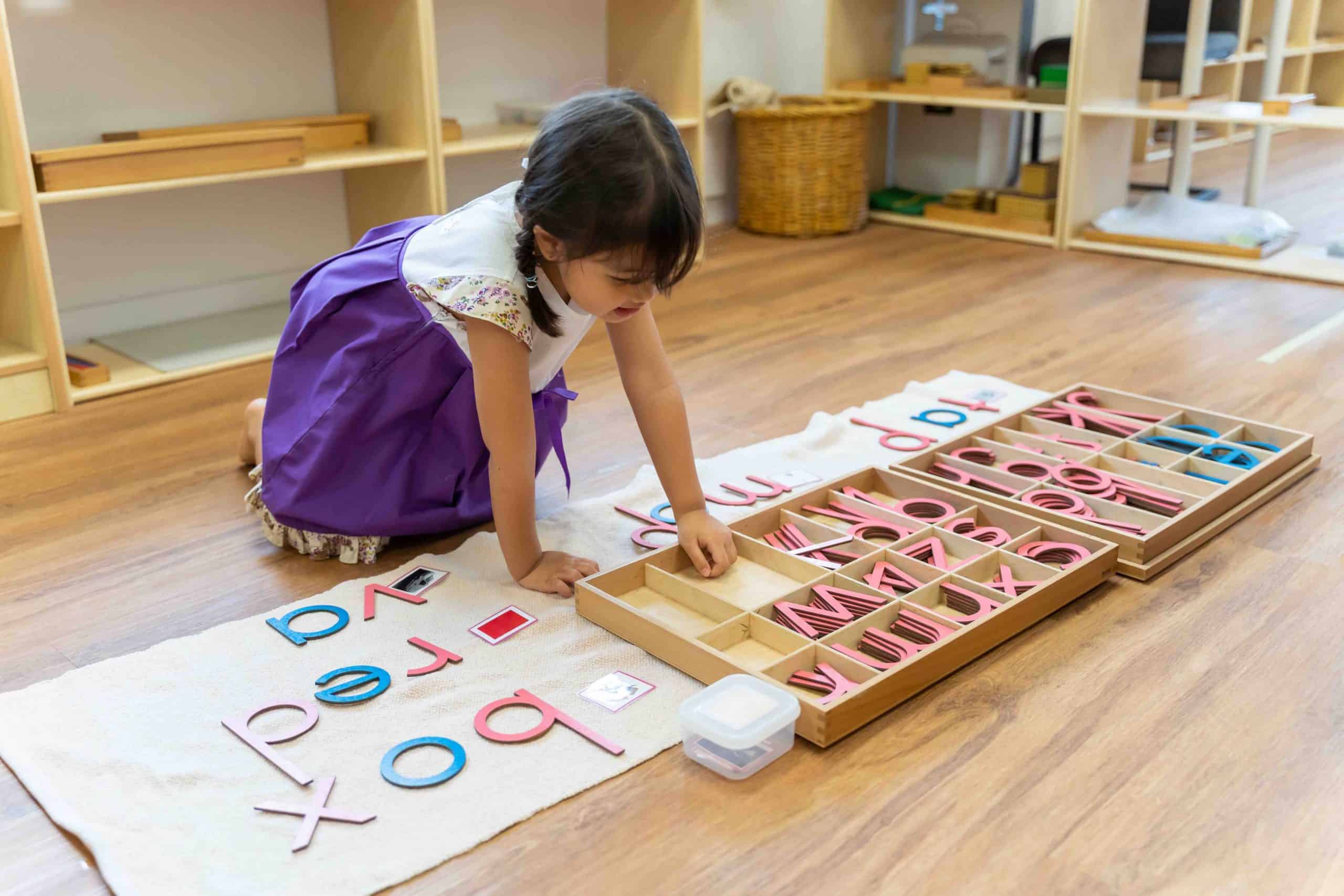 “Montessori” can bring to mind many different ideas. Perhaps you think about child-centered learning, or the unique, wooden materials. In a world where there are so many different educational philosophies, it can be hard to know the details of each, and what is accurate and what is not. Thankfully, we are Montessori experts! Here is the truth about seven common misconceptions about Montessori.

1. Montessori is just for preschool-aged children

It is true that in Singapore most Montessori schools are for preschool children. However, Montessori is a system that starts at birth and continues for 18 years and we are the first in Singapore to create a true Nido environment for infants. The program guides parents and works with children to create a Montessori foundation from the very beginning. And after 6 years with House on the Hill, parents and children will both benefit from that Montessori foundation in their education and parenting to come.

2. Montessori is unscientific and out of date

Dr. Maria Montessori created Montessori using the scientific method and her training as a doctor. Though the method was conceived over 100 years ago, science is only recently catching up to (and validating) Montessori’s claims and encouraging other education systems to follow in her steps. Take, for instance, the link between learning and movement. In Montessori environments, children from infancy are allowed and encouraged to move about, use their senses to discover, and learn from and use hands-on materials. Science now backs this method, demonstrating that movement is crucial to cognitive function and neural development.

3. Children are left unsupervised and can do whatever they want

This is a big myth! So big, in fact, that we wrote a whole blog post about it. In short, there is a lot of freedom in the Montessori environment, but the freedom is always within limits and developed under the guidance of the teachers. Children have the freedom to move, freedom of choice, freedom of time, freedom to repeat, freedom to communicate, and freedom to make mistakes. At the same time, they must have respect for themselves, for others, and for their environment. Teachers act as guides to encourage appropriate choices and build up the skills for freedom and independence.

4. There is no play, particularly fantasy play in Montessori, which stifles creativity

Young children do not distinguish between work and play the same way adults might. For them, their work is their play! At their age they also require and want practical and reality-based experiences. For this reason, fantasy play is not initiated by adults, but it is considered healthy and purposeful when it is initiated by the children themselves. Children also practice creativity in a variety of ways; in addition to art and music in the classrooms, the environment and the materials encourage creative problem solving.

5. Montessori is too slow and children will not be ready for primary school

Sometimes Montessori gets a reputation for being “slow” because children are progressing at their own pace, rather than on a standard time schedule. Expecting children to be fast learners, readers and mathematicians is contrary to the purpose of Montessori, which is to allow children to learn naturally. When each child learns at their own pace they understand the concepts more thoroughly and also gain confidence in their abilities. They become better learners, readers and mathematicians, and they are well prepared for primary school and beyond.

6. Because Montessori focuses on independence, children don’t work or play together

It is true that Montessori builds skills for independence from an early age, but it is because this is the child’s natural development. For about the first five years of a child’s life their main focus is building themselves, and thus they often work alone. Group work is not discouraged, rather children are allowed to work however is most comfortable for them. Observing our classrooms you’ll see that throughout the day children will at various times work alone or in small groups, and daily activities such as lunch and time at the playground create space for more socializing and teamwork.

7. All Montessori schools are alike

The Montessori method remains consistent, but how and to what extent it is practiced will vary from school to school. “Montessori” is not trademarked, meaning that schools can use the name without any sort of accreditation. At House on the Hill we are a pure Montessori school. Everything from our materials, to our teacher training, to the mission of the school supports Montessori’s purpose of providing exceptional education to each individual child.

©2018 House on the Hill
Montessori Pre-School
All Rights Reserved.

©2018 House on the Hill
Montessori Pre-School
All Rights Reserved.